The hero goes on a hike – strategic card game

This is the full version of solitaire style card combat

The full version of the card game with a simple backstory: A card puzzle with a simple backstory:
The kingdom won in a long and difficult war, but it’s too early to rejoice – the people are starving, and the lands are ruined. Nobody wanted to lead such a kingdom. They found the most naive and gave him the crown. The new king needs gold coins to repair the castle, buy grain and other expenses.
There has long been a legend among the people that far beyond the fog, where terrible creatures live, there used to be a very rich kingdom.
The king decided to send the heroes to distant dangerous lands in search of gold coins! The lonely traveler turned out to be the most disinterested hero, the rest are not ready to risk their lives just like that.
For certain conditions, the cartographer will provide the routes of those places where you can find something of value, and the owner of the library is ready to sell the scrolls of spells to the heroes.
This is where the strategic card game begins.

Choose your hero, deck and go! Winning the game gives you coins for the valuables collected in the game. Use coins to unlock new decks, heroes, or spell cards. Improvements to heroes and custom spell cards are available.

Suitable for those who want to spend time waiting for something. 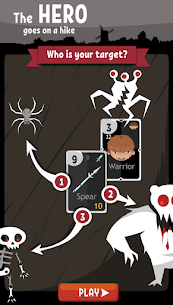 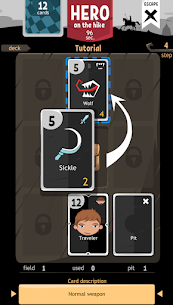 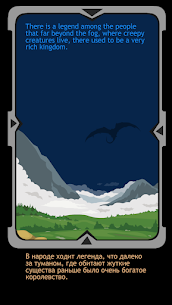 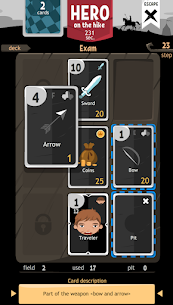 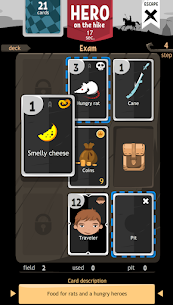 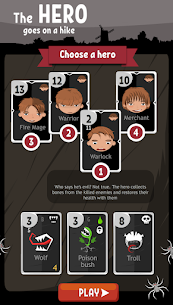 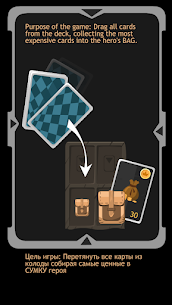