Ludo is a classic dice and race game, played with four pieces per house and a set of dice.
New
5.0/5 Votes: 1
Report
Developer
TonielrosoftVersion
PRO_MAY_2022
Updated
May 19, 2022Requirements
4.4
Get it on

Ludo is a classic dice and race game, played with four pieces per house and a set of dice.

More boards added: you can choose among three colourful boards.(use the more button from the first screen to access this feature).
**Online multiplayer: you can play with any of you friends or family members any where in the world from the comfort of your home.
**Visual hand added
**Online Multiplayer supported
**Bluetooth multiplayer supported
**Difficulty level added(Easy, Normal, Hard and Advanced)
**Speed control added. You can control how fast a Piece move.
**You can enable or disable barrier
**You can enable or disable safe-house
**You can position board the way you like
**You can choose to play with one die or two dice
**You can decide to remove a piece when it captures opponent’s piece or not
**You can decided to play again when you capture opponent’s piece irrespective of the outcome.
All these features are accessible through Options.

————HOW TO PLAY————–
Ludo is a classic dice and race game, played with four pieces per player and a set of dice. This Ludo currently support two players with two houses each. In this game, each player controls eight pieces. The goal of the game is to move all eight pieces home before your opponent.

————MOVEMENT OF PIECE——–
A player with red house starts the game (in a case of winning, the loser starts the game with red house).
A piece can only come out of house when a die outcome is 6 but a piece that is already on the track can move with any dice outcome. Pieces travel through the track starting from home to the middle of the board. A track contains 56 steps.
A piece can only be removed if it successfully travels through the 56 steps or if it captures opponent’s piece.

———-IMPORTANT NOTE———–
1. A player can only roll dice twice consecutively or more as far as each dice outcome is 6 (first dice outcome = 6 and second dice outcome = 6).
2. Dice outcome must be played before rolling another one no matter the outcome.
3. For fast and smooth play, go to settings and turn on DIRECT COUNT. 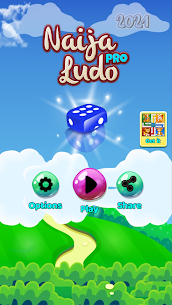 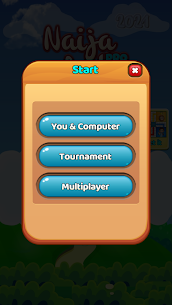 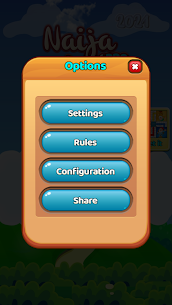 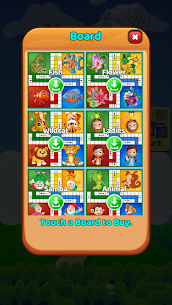 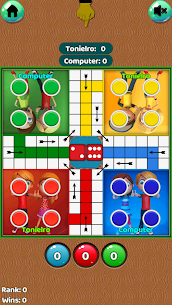 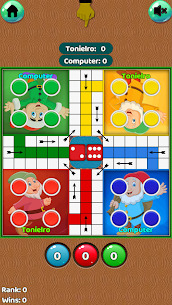